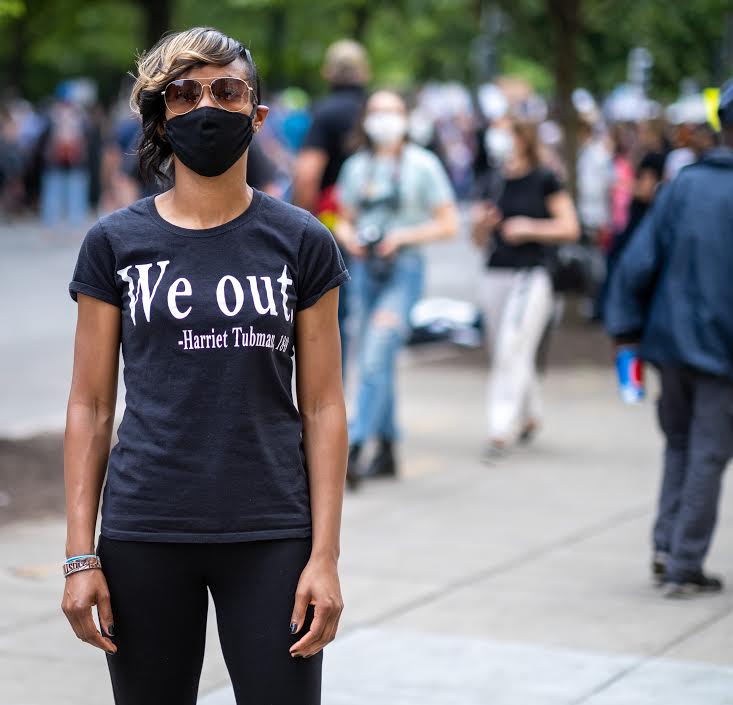 Division is not unusual for Americans; we have always been united in name only.  In 1968, this was certainly true. No surprise there.

A 2016 Center for Public Opinion Research article looked back at 1968 and specifically the Chicago Democratic convention when Democrats had a three-way split over who would become their nominee.  This convention was compared to Republicans who were, in 2016, divided on the nomination of Donald Trump as a presidential candidate.  So disjointed, the Democrats remained split when there were only two candidates from which to choose. The article also offered polling that provides a snapshot of disagreements over the Vietnam War and the use of police during anti-war protests.  The majority of Americans, some 56% according to a Gallup poll, were on the side of police. There was also social unrest after the murder of Martin Luther King Jr.

In 2020, we are divided on our response to COVID-19. To wear a mask or not, to reopen businesses, beaches, parks and places of worship, these are the questions – at least they were before the death of George Floyd.

Now, the nation’s attention is on the protests that have taken place in all 50 states. Floyd’s death has been described as “the straw that broke the camel’s back.  Social media helped to spread the word of his murder as well as the look on police officer Derek Chauvin’s face as persons from Floyd’s community pleaded for his life.  From every camera angle, Floyd was being held down. We had to get up and march.

Today, the terms by which Millennials (of which I am a proud member) and Generation Z live and protest are different.  While we are grateful for our grandparents’ work and witness, our protests over the death of unarmed African American women and men at the hands of police officers is not another civil rights movement.  It is our claiming and re-creation of the American narrative.  We are telling our government, its systems and the human beings that make them run over the poor, marginalized, minoritized and oppressed and any citizens who agree with its machinations, that we have innate human rights – for which we need not ask to live free and die of natural causes.

Lots of free time, while I march on the front lines in Washington, D.C., I hear that persons are reflecting on their lives and what they mean to themselves and to the world.  “What am I doing here?” Left alone and to themselves, they are spending more time looking in the mirror, asking, “Is this who I want to be?”  They asked questions not unlike Howard Thurman who pondered, “Who am I really?”

Now, we want America to do the same.

What’s so different about the death of Floyd? What got us out of our homes during a global pandemic to protest in the streets when before then we were only going to the grocery store once a week? (Well, most of us were.)

There was no distraction.  All eyes are on our screens. We could not ignore the screams of Floyd as he cried out, “I can’t breathe” and for his deceased mother.  We also had already lost so much – more than 110,000 people dead due to the deadly coronavirus, more than 40 million Americans filed for unemployment.

With increased workloads as we balance working from home and homeschooling, we needed everyone to do their job.  We just didn’t have any time to spare for things that could have been done right the first time.  And this is not the first time that an African American man has told police officers, “I can’t breathe.” “Say his name. Eric Garner!”

No job or no morning commute, we had to sit with Floyd’s death.  We actually stopped talking about the pandemic caused by COVID-19; racism was now being discussed as the virus that was spreading.  It was the real killer of conversations and communities.

It was racism we needed to stop. So, with masks on, we march up city streets and down country roads.  And it’s not over. We are delivering a message that this kind of policing does not work for us, that homemade and hand-me-down hatred, go-to prejudice and random racist acts of violence are not wanted.

We want to re-create society on our own terms. We want to have our say. It’s entitlement but in a good way.  Told that we could do anything, we are not “waiting on the world to change.” We have already changed, and the world needs to adjust.

No more them versus us; we are tired of fighting our parents’ and grandparents’ old fights. Look at the marches. Our numbers don’t lie, and neither do reports that by 2050, socially colored white people will be the numerical minority.

White supremacy is a national lie and its time is running out because we no longer want to hear or participate in that story.  Via Zoom, President Barack Obama said of the protesters, “You look at those protests and that was a far more representative cross section of America out on the streets peacefully protesting and who felt moved to do something because of the injustices that they had seen. That didn’t exist back in the 1960s, that kind of broad coalition.”  He’s right. More culturally diverse, Millennials and Generation Z, who grew up questioning authority and tradition, lead the marches.

The victims of our “do as I say, not as I do” parents’ hypocrisy, we want to live authentically. We want our actions to match our convictions.  Often described as not the most religious, we practice faith a bit differently. To be sure, these protests are an act of faith and no building could contain us anyway.

No pews, we “pray with our feet” like Abraham Joshua Heschel because no one should die with a knee on his or her neck in any American street and we don’t care if you agree or not.

The article was written for Ethics Daily on June 10, 2020 and can be found here.

2 thoughts on “Why we won’t wait: A younger generation takes the lead in protest after George Floyd’s death”