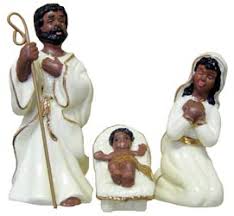 “In the time of King Herod, after Jesus was born in Bethlehem of Judea, wise men from the East came to Jerusalem, asking, ‘Where is the child who has been born king of the Jews?  For we observed his star at its rising and have come to pay him homage.’  When King Herod heard this, he was frightened and all Jerusalem with him; and calling together all the chief priests and scribes of his people, he inquired of them where the Messiah was to be born.  They told him, ‘In Bethlehem of Judea; for so it has been written by the prophet: ‘And you, Bethlehem, in the land of Judah, are by no means least among the rulers of Judah; for from you shall come a ruler who is to shepherd my people Israel.’”

For the past couple of months, I have been leading a discussion in my young adult Sunday school class on the identity of Jesus Christ. Each week, we read a passage of Scripture and discuss the ways in which Jesus’ identity is defined, determined and influenced.  We talk about how his identity changes and challenges us and those around us.  Because it all depends on how you look at him and who is looking at him.

For the disciples, when asked, “Who do people say that the Son of Man is?”, there were many answers (Matthew 16.13-20).  They were well- aware of the rumors that were circulating about him.  There were no shortage of responses as to popular opinion.  But, when Jesus asked them who they thought he was, their hands went down, excitement left the room and doubt entered and took a seat.

The disciples were “in the know”; they were in the loop and current on the talk of the town.  And though they were with Jesus every day,  living their lives together in service to God, only one hand went up.  Peter’s.  The identity of Jesus had been revealed to him.

So, it is with our own identity. we are well- aware of what everyone else is saying about us.  However, when asked who we think we are, our heads drop to the floor.  We shrug our shoulders and kick an invisible can, only to reply, “I’m still figuring that out.”  Though our identity has been revealed in Jesus Christ, we continue to search or worse, live out the rumors that persons have spread about us.  Our understanding of Jesus’ identity informs our own. 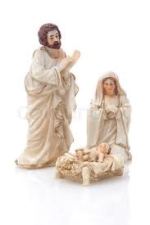 Race is a rumor that we continue to spread about human identity; however, it is not based on the revelation of Jesus Christ.  Still, we are well- versed in it and there is no shortage of hands that go up when asked about our socially constructed race or that of others.  But, if we were asked to identify ourselves without the lens of race, how many of us could?  As we learned from the disciples, just because everyone is saying it, doesn’t make it right or true.  Because who race says that we are and who God says that we are vary greatly– one is a rumor and the other is based on revelation.

Mary, Jesus’ mother, knew who he was.  Before a sonogram, his gender was revealed and without baby books or family discussion, his name was given.  His birth was not announced but revealed and by an angel no less.  And while she did not expect to carry the Messiah, she knew that he was coming.  The children of Israel had been waiting for him for hundreds of years.

He is “named Wonderful Counselor, Mighty God, Everlasting Father, Prince of Peace” (Isaiah 9.6).  The prophets know who Jesus is but the Pharisees are certain that he is mistaken, that he is a fraud, possessed by the devil (Mark 3.22-30).  The wise men knew who he is and King Herod believes them.  Both possessed knowledge of his identity.

One came to worship him; the other wanted to kill him.  The wise men celebrated his birth while King Herod was threatened by it.  Same reality, same news but two drastically different responses.

Complete with his own rising star, leading the wise men to him as God led the children of Israel so many years ago with a pillar of fire and a cloud (Exodus 13.17-22), Jesus enters the world and changes everything that we know about God and how we thought God should speak and behave.  Sadly, we are no different from the persons in Jesus’ day, thinking that the Messiah must look a certain way, that Jesus is not the Messiah if he is not socially colored black/ white/ red/ yellow/ brown/ beige.

But, why can’t we, like the wise men, just come and worship him– just for who he is?  Just follow the star.  Why do we have to send race to kill the true identity of Jesus, to distort his image and in so doing, change his purpose (He came to save the world not your people or mine.), position (He is not a socially colored man but the Son of God.) and the nature of his power (as the divine power of God and the social/ people power of race are not the same)?  Why do we racialize the manger, blond and blue, black and brown, black and black?

Race did not determine the social status, worth or eternal purpose of Jesus Christ.  Race did not make Jesus who he was and is to us today.  It is not because he is socially colored black/ white/ red/ yellow/ brown/ beige that we call him Savior.  God forbid.  It is because he died for us all– not based on how we looked but because he loved us (John 3.16).

So, keep race out of it as race has nothing to do with his mission or his message.  Jesus did not come to serve race but to save humanity and he could not do both.  Jesus did not come to die for us so that we could spend our lives trying to prove that he belongs to this culture or that one, that he looks like me or you.  Jesus died for our sins, to give us a way out of this prison that is our nature.

It was an inside job and the work of the cross had nothing to do with appearance (Matthew 23.27).  He wants us to identify with him; still, we want him to identify with us, to be like us, to belong to us alone and in so doing, to take a side.  But, this is the purpose of race and not God.

Join me and the wise men today.  Bow your head and reverence God in Christ.  Kneel before him and focus on the presence of God not his facial features.  Lay prostrate before him, humbled by the reality that he is with us.  Remember that the Word became flesh in order to dwell among us (John 1.14).  He put it on for us and we will have to take it off for him.

So, keep race away from the manger and simply worship him for who he is.