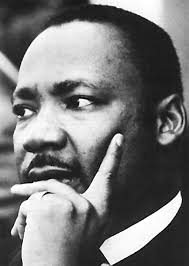 In just a few days, persons around our nation will gather to remember the Rev. Dr. Martin Luther King, Jr., his purpose- driven life and hate- motivated death, to reflect on the historic Civil Rights Movement and hear from its central surviving figures and to reevaluate America’s progress as it relates to the socially constructed issue of race.  Some will no doubt turn to recent stories of racialized hatred and economic inequity to suggest that not much progress has been made and reiterate demands for social justice and equality.  Others will sit on panels to offer commentary to tell us where we can go from here.  Many others will serve their community as a display of unity and in honor of Dr. King’s memory.

While this Baptist minister is known for being the leader of the Civil Rights Movement and for his nonviolent demonstrations against Jim Crow segregation in a hostile American South, he is most remembered for his “I Have a Dream” speech.  It is his evaluation of the effects of President Abraham Lincoln’s signing of the Emancipation Proclamation some one hundred years earlier.  He says to the crowd gathered on August 28, 1963, “One hundred years later, the Negro is still languished in the corners of American society and finds himself an exile in his own land. And so we’ve come here today to dramatize a shameful condition.”

But, while his dream stands out in American history, it would not in the biblical narrative.  The Bible is filled with dreams and dreamers, especially in the birth narrative of Jesus Christ.  Joseph, Zacharias and even shepherds had them.  All of these visions and their messages, including King’s, ultimately support the purpose of God.  Today, I pause to give thanks for this dreamer, for his courageous delivery and demonstration of it.  But, I can’t help but ask, “Do you have a dream?”

One thought on “Do you have a dream?”