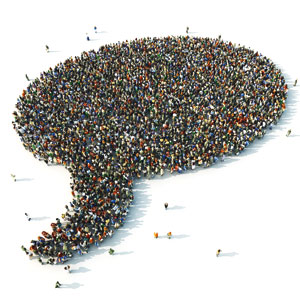 We talk a lot about what race has done to and for us, what race is doing to and for us, how we cannot live without race, how there is no existence a part from race.  What we do not talk about is what we can do to race, how we can change and certainly get rid of race.  We think it absurd to talk about the absence of race and would not mention such a word as post- racial less we appear foolish and out of touch with reality.  Well, at the risk of my appearance, I want to say, “Post- racial.”

And we talk about race not to draw conclusions and move on with a different perspective.  Instead, so often, we begin and end the conversation the same.  We talk about race as a problem, certain people as problems.  Then, we talk about certain of us as solutions: “They’re the problem; they could be fixed if only they were more like us.  Poor things.”

But, if you are tired of hearing and saying the same old things when it comes to race, if you are seeking a change of conversation on the touchy subject, if you are not concerned about how you appear to others, then here are a couple of ways to begin a post- racial conversation.

First, don’t talk about yourself or others as a color.  I put this into practice all the time.  When in conversation with complete strangers, I identify persons of other cultures as African American, European American, Italian, Irish, Asian, Hispanic and “those indigenous to what is now the United States.”  It takes longer to say but the change is noticeable.  They note the change and try to match it.  The truth is, most persons just don’t know what to call themselves or members of other cultures a part from the categories of race.

How we begin a conversation matters.  Race positions us as opponents, enemies, targets, masters and slaves.  These are fighting words that keep us on the defensive.  We expect to be attacked because race forces us to draw lines and to take sides.

Secondly, don’t talk about race as if it is bigger, greater, stronger than who God has created you to be.  Race and God are not co- creators.  The two do not work in concert.  In fact, race does not serve the work of the Spirit but race serves our flesh.  However, our flesh should not dictate our speech or behavior; such is counter our Christian confession as we strive to walk and live in the Spirit (Galatians 5.16).

Race is the worship of the flesh.  It suggests that our meaning, purpose and worth are found in the social coloring of our skin.  But, the belief that all that we are is determined by the outside of us is an absolute affront to the Spirit of God.  While we are made of the earth, we have a soul that will return to God.  Race is only of use here; it has no rule, no purpose in heaven.

Thirdly, stop repeating what race has said.  Don’t repeat after race as if you do not have a voice of your own, as if race is right– though its employment is unsupervised, unexamined, unreviewed, as if God has not spoken a new word concerning His creation, as if the salvation offered through His Son, Jesus Christ, does not apply to race.

God wants to make us new, new creatures with a new life and new beginning (First Corinthians 5.17).  Race offers an old and false start.  It’s been done and it’s been seen and it’s all been said before.  So say something new like “post- racial” and begin a different conversation.