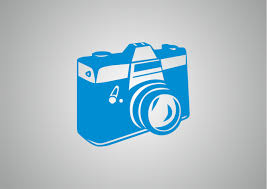 The season of Lent is over, but I am still thinking about Christ’s body. In last month’s column, I considered “Christ’s Body image” and thanks to a 24-hour news cycle and minute-by-minute social media updates, we are all more aware of numerous accusations and occasions of police brutality against African-American male bodies. The possibility of enforcers of the law breaking it has some people on edge and they can’t sit down. So, they have taken to the streets in protest, shouting the familiar ultimatum, “No justice. No peace.” And they have added a declaration, “Black lives matter,” which speaks to the assumption that all bodies are not equally valued as important and necessary due to the social construct of race.

With the use of share, favorite and like buttons and hash tags, which lead to trending topics, the message spreads quickly and so do the names of those involved. One hundred and forty characters, captioned pictures — mostly of ourselves — and six- second snippets called vines now determine what is most important in our world. The conversations and facts and the time span between these sad events are getting shorter and shorter.

The time between mourning periods is also decreasing; we seemingly move from death to death. Unfortunately, some believe that talking about it with the American justice system will not help them process their feelings. It cannot serve as a grief counselor because the trust has been broken.

Thus, in building momentum for change, persons have linked the names of these unarmed brothers together, connecting Trayvon Martin to Eric Harris and countless others before and in between them. Protesters now stand with the dead and it is captured by report after report — from us. This newsfeed is an endless buffet, all you can eat of light and shadows, conjecture and truth, lawlessness and retribution. Unsatisfied with what we feed ourselves, the cry for justice continues.

Our lives are intricately linked together by this new form of storytelling and testifying. We are connected and tangled, touching and stuck together. Yet, we are far removed from two cans connected to a string. Now, it is a worldwide web.

Still, I wonder if the messages received are any clearer. Are we any closer to being understood or truly connected? Note: Tagging me in a picture does not constitute an actual touch and it is not indicative of a relationship.

In response to these tragic events, the dismissal of formal charges in some of the cases and the capture of the deaths of several men on video, there has been talk about the use of body cameras for the assurance of protection for both the citizen and police officer. The footage taken from a camera placed on the body of a police officer would provide reviewers of the footage with another side to the story.

Regrettably, we are sharing our story more than ever and sharing our lives at a record pace. Still, we do not trust what is being said or even what is being seen. With the use of body cameras, we will put more of our lives under surveillance in an attempt to prove what is real. This leads me to consider what would be seen of the Church of Christ if there were cameras on this Body? What would be “caught on tape” and would it be prosecutorial? What would we be guilty of? Would we be seen in a compromising position? Well, our lucky readers don’t have to wait for the answer.

Fortunately or perhaps, unfortunately, the Church does have body cameras and I am not talking about televangelists. I am referring to shows like “Preachers of L.A. and Detroit, Preachers’ Daughters and the Sisterhood,” a TLC documentary series (AKA reality television show) that focused on the lives of first ladies and was cancelled after just one season due to low viewership. There are some Christians who want to be in front of the camera to show the world what is really happening behind their church’s closed doors.

Perhaps, done in hopes of appearing authentic and transparent while presenting the Church as accessible and unpretentious, the cast members offer a unique angle, to say the least, on the ministry of Christ. Some have faith that the television show will produce followers of Jesus while others seem to have hopes that the venture will make them famous. Introduced with large houses, expensive cars and shiny jewelry, these pastors and their spouses present their good side as they pose for the camera. The images can be a bit incongruous: servant- Savior Jesus and celebrity pastor.

I am left only with questions. What of the Body of Christ do they hope will be seen? What is the desired message for the viewers to take away from sermons snippets coupled with infighting, power struggles, doctrinal debates and ungodly comparisons? Is this supposed to be an invitation to discipleship? God forbid.

The motivations of our need to be seen must be balanced with the call to discipleship and the challenge of the Christian faith. Besides, God sees us and knows us. God is watching over us and out for us, looking at us and into us. What more need be seen and is his attention not enough?

I wonder in our seeking a camera as messengers of this “Selfie Gospel” if we have blocked a clear view of God. Well, now I’m on the edge of my seat. I think that I am going to protest too. I suspect that parts of the Body of Christ may not feel as valued as others. So, join me in this declaration: “All of Christ’s Body matters.” God is our body camera.

* Note: This column first appeared on the Baptist News Global website for which I am a monthly contributor on April 23, 2015.  I am so grateful for the many opportunities to share in the ministry of writing.