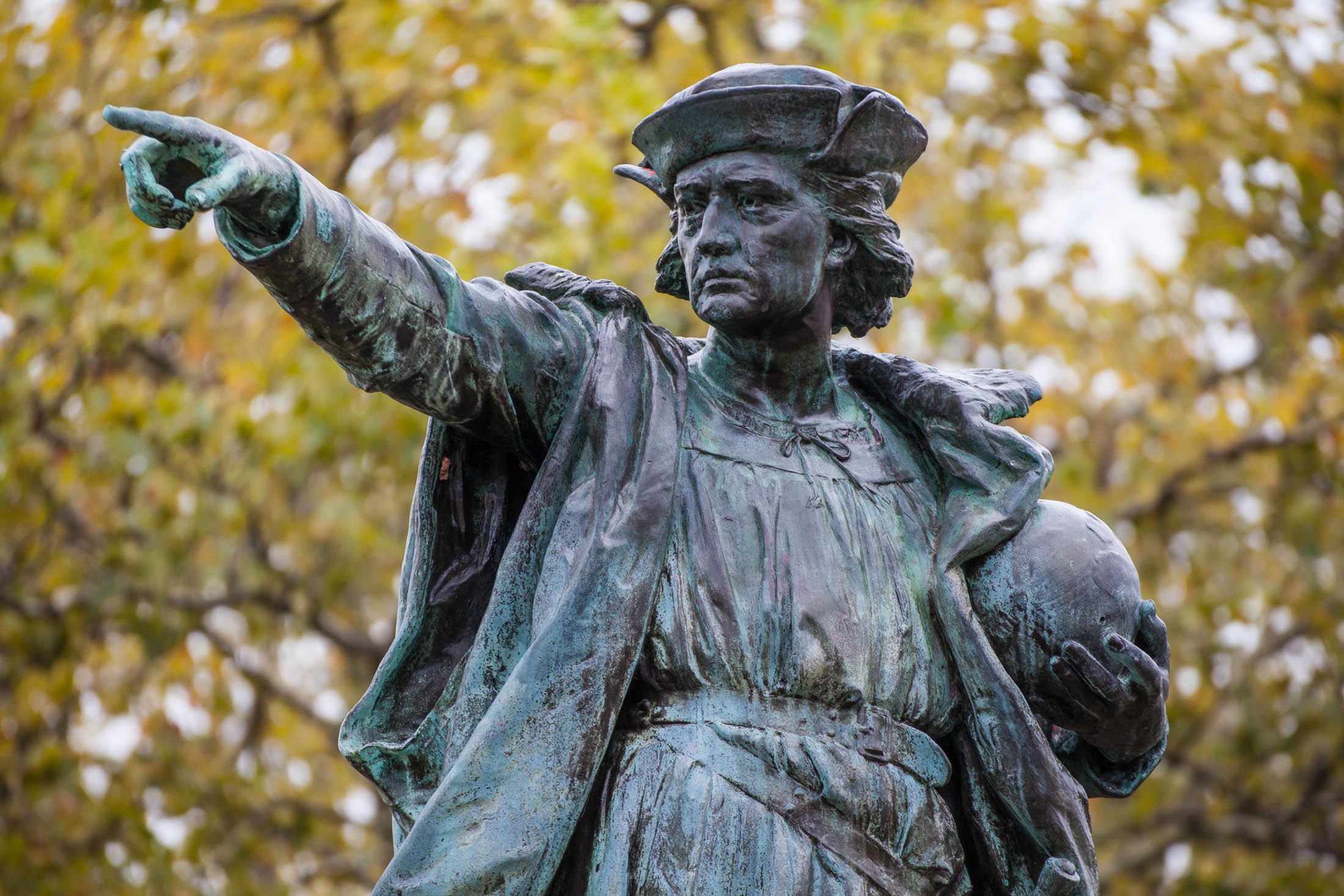 I have the day off because Christopher Columbus “discovered” America.  But, we know this is not what really happened.  Because you can’t discover a place that is already inhabited by people, no matter how much you try to discount their presence, diminish their story and dismiss their culture.  Try telling them to go back where they came from.

Columbus and those who would follow after thought that if persons did not share their image and ideas, then they did not belong.  And they didn’t just ask them to leave, they killed them.  Because if you are different from us, you should not exist.  There is no place for you here.  They did not consider sharing the land or even moving on.  “No, we are here and you need to move out.”

They used the Bible to provide a kind of divine sanction but that’s not how it works and this is not the will of God.  God did not create people to be remade in our image and likeness.  Persons are not better because they behave like us.  Their lives are not improved because they speak English and wear American clothes.  And despite the myth of American exceptionalism, God does not like one part of the world more than another.  God has no favorite people and consequently, did not create the world to be populated and ruled by one culture or people group.  This is another gospel.

Nothing of Holy Scripture justifies or excuses this kind of behavior.  It is sin and needs to be repented of as this is a long way from the “Roman Road” (cf. Romans 3.23; 6.23; 10.9-10).  No, we are “saved by grace through faith”– not ethnic cleansing (Ephesians 2.8-9).  We are chosen people because we confess Christ as Savior and Lord, not because we fall into one cultural category or another.  But, celebrating Columbus reaffirms that America is somehow favored, special, unique while ignoring the deaths of indigenous people and their continued social marginalization.  But, you cannot have this holiday while separating it from its history.

The rape, murder and near genocide of persons indigenous to what is now the United States of America is well- documented.  So, let’s not pretend that this was a party, a social gathering and peaceable exchange.  For this reason, persons have argued that he should not be celebrated for these heinous acts.  Still, there are those who say, “We cannot rewrite history.”  Point taken. Because we would be if we celebrate him.

America is wealthy because its founders enslaved other human beings for hundreds of years and forced these indigenous persons and persons from Africa to develop the land, harvest the crops, cook for and feed them, clean and dress them, build and maintain their properties, feed their animals, birth and raise their children.  Christopher Columbus started it all.  He and members of his party murdered countless persons whose names we will never know and whose cultures we will never experience or see expressed.  Because he deemed himself better and entitled.

Many Americans want to celebrate the birth of this country without acknowledging the deaths that resulted.   That is rewriting history.  Celebrating a man who stole the land, infected with disease, exploited and nearly erased all of the only natives of America is troubling.  What is there to be proud of?  What of this can we boast in?  What are we really celebrating?

But if you must, release the balloons.  Cue the confetti.  Bring out the cake.  “Happy…