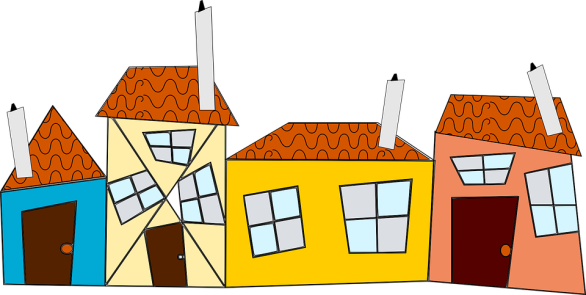 “13 But now in Christ Jesus you who once were far off have been brought near by the blood of Christ. 14 For he is our peace; in his flesh he has made both groups into one and has broken down the dividing wall, that is, the hostility between us. 15 He has abolished the law with its commandments and ordinances, that he might create in himself one new humanity in place of the two, thus making peace, 16 and might reconcile both groups to God in one body through the cross, thus putting to death that hostility through it. 17 So he came and proclaimed peace to you who were far off and peace to those who were near; 18 for through him both of us have access in one Spirit to the Father. 19 So then you are no longer strangers and aliens, but you are citizens with the saints and also members of the household of God, 20 built upon the foundation of the apostles and prophets, with Christ Jesus himself as the cornerstone. 21 In him the whole structure is joined together and grows into a holy temple in the Lord; 22 in whom you also are built together spiritually into a dwelling place for God.”

American society would have us believe that we can do everything alone or that we need only “me and you three.” It tells us that if we have money, then we have the means. The gospel of capitalism says, “Money talks.” What more need be said then? Just show me the money.

But, what does this mindset mean for the gospel of Jesus Christ? He offers his body and invites us to be members—not of some well- oiled machine but a family. We are related to each other and it makes no difference how much we make or where we are from now. Because from the beginning, we came from God. This is the Genesis narrative: “In the beginning…”

But, so much has been said and done since then. Look at who we’ve become. We have gone too far it seems. It is hard to believe that we could ever get back to the beginning.  Still, Jesus says, “Follow me.” However, his footsteps strangely mimic our own. Not surprisingly then, we arrive in places for which we have an itinerary, an activity schedule and a travel bag, places of comfort and ease, places ironically for only me and you three. Instead, his steps should lead us back to each other.

Lord, give us ears to hear what the Spirit of the Lord is saying and eyes to see that Christianity is not a global organization based in America with international offices. Missionaries are not mere representatives, seeking to mold souls to meet quota. No, this is Christianity commercialized. It is another gospel that works with our coupons and holidays.

But, this is not what Jesus came to earth for and certainly not what we are called to live into. He did not come to earth and live among us so that we could continue to live apart. While each of us has a personal relationship with God, God did not make side deals with each culture. No, the promise is the same for us all: “One Lord, one faith, one baptism” (Ephesians 4.5).

God creates us whole. We divide each other up into fractions. We take sides and become factions. Let us come together—not just on Sunday mornings but in body. Only a few of the letters of the New Testament were written to individuals and for good reason. Because we are called to community from the Communal God: Father, Son and Spirit.