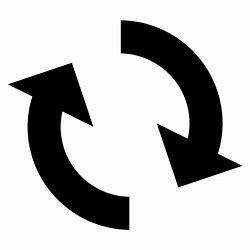 Repeating after Jesus is dangerous. It can get you killed. This is why the disciples gave the cat their tongue, why they feigned deafness, laryngitis and amnesia when the authorities came to arrest Jesus. “Jesus who? I’ve never met him before in my life.” They didn’t even want to be found in the same sentence with Jesus because it was a death sentence. But Jesus was always a dead man walking.

The disciples would rather take the walk of shame back to their homes rather than travel Calvary’s road with Jesus. They would rather hang their heads in disgrace than in solidarity with him. They said they wanted life eternal in heaven but, in the end, they wanted to live another day on earth. They saved their necks but not their reputation. They just didn’t think the man and his message were worth dying for.

Repeating after Jesus is hazardous to your health. It is not the smartest or safest thing to do. The gospel of Jesus Christ should come with a warning label: This message if practiced faithfully may cause abandonment, baseless accusations, isolation and ridicule. It is also old life- threatening, prone to end friendships and relationships if taken seriously.

The gospel is not medicine that goes down easy. Rev. Barbara Brown Taylor writes in her book Gospel Medicine, “(T)he medicine of the gospel—those healing stories did more to put people back together than all the potions in the world.”[1] Still, we fold our arms, shake our heads and refuse to open our mouths to receive it. “It’s not sweet enough. It has a funny smell. It makes me feel strange or not like myself,” we say. I fear that we don’t take in more of the gospel because we don’t like the side effects.

“There will always be many who love Christ’s heavenly kingdom, but few who will bear his cross. Jesus has many who desire consolation, but few who care for adversity. He finds many to share his table, but few who will join him in fasting. Many are eager to be happy with him; few wish to suffer anything for him. Many will follow him as far as the breaking of bread, but few will remain to drink from his passion. Many are awed by his miracles; few accept the shame of his cross.”[2]

The good news is hard on our ears and bad for our hard hearts. Our lives as we knew them will not survive. Everything goes down Calvary’s hill from here.

Melito of Sardis reflecting in AD 180 on the meaning of the Crucified God, who dies at the hands of those Jesus was reaching for, who is sentenced to death by those who share his breath, who enact the severest of punishments though Jesus has come to spare them eternal damnation, wrote, “And so he was raised on a cross, and a title was fixed, indicating who it was who was being executed. Painful it is to say, but more terrible not to say… He who suspended the earth is suspended, he who fixed the heavens is fixed, he who fastened all things is fastened to wood; the Master is outraged; God is murdered.”[3]

Jonathan Edwards famously preached in July of 1741 a sermon titled “Sinners in the hands of an angry God.” But, clearly, God is not safe in the hands of a self- serving humanity. Less we make Jesus the victim, Blaise Pascal provides clarity. He writes, “Jesus suffers in his passion the torments inflicted upon him by men, but in his agony, he suffers the torments which he inflicts upon himself. He was troubled. This punishment is inflicted by no human, but an almighty hand, and only he that is almighty can bear it.”[4]

This punishment is self- inflicted. Jesus says in the gospel of John, “Now my soul is troubled. And what should I say— ‘Father, save me from this hour? No, it is for this reason that I have come to this hour.’”[5]

Because the devil didn’t make him do this. This is not a work of darkness but at the root of the cross is love. Jesus is not trapped in a relationship he wants to get out of. And while his flesh is weak, his spirit is willing.[6]

One songwriter said, ” He would not come down from the cross, just to save himself
He decided to die, just to save me.”  He could have saved face, saved his reputation, saved his mother the grief, saved the disciples the embarrassment but Jesus put all of that aside, just to save us. And he is not just going through the motions of commitment. Jesus’ body goes limp and he gives his life. They have nailed his body down but have only driven the point home.

While the women, Ministers Mary Magdalene and Mary, are en route to spread the good news, to preach the message of Jesus’ resurrection, some of the soldiers run to get ahead of the story, to tell the chief priests what happened. They were not able to kill Jesus, so they try to kill the story.  The Pharisees put their hard heads together, formulate a plot to pay them off and to protect the soldiers if the governor hears about the resurrection of Jesus. They are to forget what they saw and know to be true. The Pharisees tell the guards what to say: “You must say, ‘His disciples came by night and stole him away while we were asleep.’” [7]

They are spreading gossip. But the women are carrying the gospel. They don’t want the people to get the story straight. Perhaps, they did not expect Jesus to keep showing up but here he is in Galilee and on a mountain. Some lift their hands in worship and others lift their hands with questions.

Jesus doesn’t mind either way as there is still work to do. He issues these instructions: “All authority in heaven and on earth has been given to me.  Go therefore and make disciples of all nations, baptizing them in the name of the Father and of the Son and of the Holy Spirit, and teaching them to obey everything that I have commanded you. And remember, I am with you always, to the end of the age.”

Clarence Jordan said, “The crowning evidence that Jesus was alive was not a vacant grave, but a spirit- filled fellowship. Not a rolled away stone, but a carried- away church.” People are always going to talk and tell lies about where Jesus is and what his disciples are doing. Pay them no mind. You know what you saw. You know what he said. You know what he asked us to do.

Today, be reminded that the world doesn’t need more small talk. As Jesus commissioned the disciples after the resurrection, so he charges us. There are lots of stories circulating these days but this one is ours. No matter what you hear, Jesus says, “Tell them what I said.”  But I must warn you—repeating after Jesus can be dangerous.