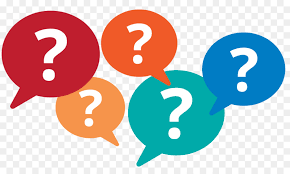 What could the Church in North America do if it put its hands together across cultures, if it desegregated its pews and pulpits, if it reflected the changing community outside its doors?  Who would we become and what witness could we offer the world if we chose our baptismal identity in Christ over and against racialized identities, if we adamantly rejected this superficial categorization of flesh?  What would we be saying if we lived within the counter- narrative of belonging in spite of class, gender and cultural lines, if we did not remake Jesus as a politician or political party leader?  Where could the Church in North America’s leadership go if it did not masculinize leadership, if we really believed that God was in control?

These are genuine questions because I don’t understand the color- coded scenarios of our relationships, these skin- incentivized experiences in North America and specifically its Church.  Segregation is illegal.  But churches break this law every Sunday at 11 a.m. and in some places three times on Sunday.

Oh, I know.  It’s the worship style.  We like our music this way.  It is about control.  Because Christianity in America has a paternalistic bend with persons who feel the need to oversee the movement of other Christians.  “Don’t clap.  Don’t respond to the preaching.  That’s not what we do here.”

The question of why the Church in North America remains segregated is fully answered by Henry Mitchell in his work Black Church Beginnings, where he offers priceless intel.  The “Black Church” was started under the surveillance of so- called white people.  Their time for worship was managed, no longer than two hours.  Their messengers were predetermined and approved by European American spiritual overseers, as it were, to ensure that the narrative of their conditional belonging in America was not questioned or challenged.  Their churches were funded by these spiritual overseers, another means of control and manipulation.  Dependent upon their financial support, African American people in “leadership” did not stray from the scripted responses of race, which brought the plantation into the Church.

Things haven’t changed.  There remains the mindset that African American bodies need to be controlled, evident in the continued murder of unarmed African American people who are “living while black.”  There is a continued devaluation and judgement of their worship practices, style and length of their spiritual services.  There is also a financial dependency in some denominations for their survival that maintain the roles of American slavery.  In my opinion, the Church in North America has yet to be started.

The colonizers did not seek to bring God’s kingdom near with chattel slavery as its foundation.  Those persons called “founding fathers” gave birth to nothing new but reproduced the slavery of their homeland, though far worse.  And while there are those who would shake their heads in agreement with me, their mouths tells a different story.  They continue to accept the answers that race gives them while what I hear is largely questionable.