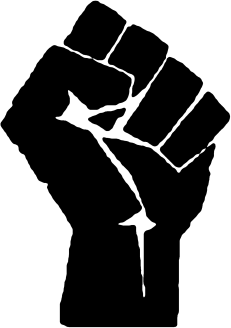 Race is a rule of law.  The color line is well- defined as each generation digs in their heels. “We shall not be moved.”  We fold our arms and turn our backs.  We turn on each other and take turns hating the other.

I hate you.  You hate me.  We hate them.  One way of seeing things, one way of treating human beings, one circular argument, we are no closer to concluding that we belong to each other, that we are all sisters and brothers.  So, we step on their toes and our own feet.

We keep creating distance and making up the difference, legalizing our preferences, etching in stone which bodies are at home in the earth.  Then, we wonder why the rocks cry out.  Because this does not praise God.

In the book of Genesis, God breathed out and created us as living souls.  Yet, our words tend to suck the life out.  Reduced to racial categories, we become color- coded beings  recreated way lower than the angels.  But, Ralph Ellison writes in Invisible Man, “Why waste time creating a conscience for something that doesn’t exist?  For, you see, blood and skin do not think?”

Still, our skin and its social coloring determine our social interactions.  It is a matter of fact.  Like a wristband or a stamped ticket, the social coloring of our skin tells us where we belong, where we are allowed to be and what we can do in particular places and at any given time.  “Let me see your skin.”

“Sundown towns” were those segregated cities where African Americans were not allowed after dark.  They wouldn’t be caught dead there and if they were caught, they wound up dead there “at the hands of persons unknown.”  We have turned the darkness inward and determine who we will allow in our own lives, who we will set our eyes on and who we will close our eyes to.

But, I am here to tell you that sometimes what is legal is not lawful, at least not in the eyes of God and that it is time to resist the laws of race and its progeny.  Mostly, I speak to Christians who identify as “new creatures in Christ Jesus,” who claim him as kin yet cannot relate to believers of other cultures unless and until they assimilate to theirs, who eat the Lord’s Supper yet cannot find room at their table for their neighbor, who claim God as sovereign but don’t question white supremacy, who won’t cross the tracks but cross their hearts, who bow their heads in prayer and look the other way when they see injustice, who can find excuses for abuses of power but cannot put their finger on systemic failures (Second Corinthians 5.17).

It is time to resist race and the urge to cover up our complacency with the world as it is.  It is time to resist and reject the comforts of our social and economic categories, time to get up and stick out, to take on the identity of pilgrim passing through.  Because this land is not your land.  My country ’tis of…?  Christians are not citizens of this world but the next.

Let’s move on and move on the fact that race is all wrong about us.  It’s time to buck the system, to live in opposition to its rules, to live a counter- narrative that has no respect for color lines, no interest in stereotypes, no desire to play by rules that regulate bodies according to their physical features.

It is time to resist race and to break with the social arrangements of “color.”  But it is a law and this defiance is dangerous.  There are any number of persons, family, friends and strangers, who will be ready to put you in your place, to make a citizen’s arrest.  Still, you and I must go down fighting against these words of bondage.  Clear your throat and talk back.  Don’t sit down and take it.

Don’t stomach it but throw up your hands and these words.  Don’t take it in.  Don’t give in and don’t give up who you have always been in the words of God for what has only recently come on the tip of a human tongue.  No, no, resist the temptation to believe that this, beige, black, brown, red, yellow and white, is all there is to say about you.  Resist because there is so much more to be said.