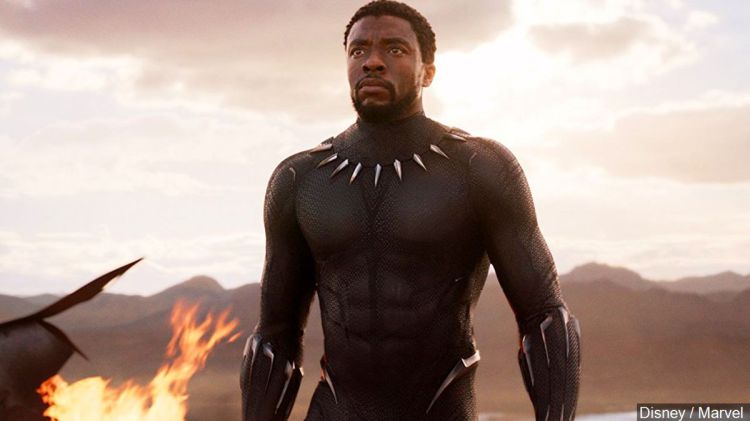 Yesterday, the world learned that Chadwick Boseman, also known as the Black Panther, though he played Jackie Robinson, James Brown, Thurgood and several others, was battling stage 4 colon cancer.  We learned that he was really fighting for his life while playing a superhero that inspired persons of African descent to dress up in African attire and watch Black Panther multiple times in movie theaters across America.  I went to the theater four times, twice by myself and twice with friends.  It was more than an experience; it was our reality, the way we saw ourselves and there we were projected on screen, our image in all its beauty and strength, full of color and vibrancy, our cadence, our stride and rhythm, our traditions and rituals, our symbolism and storytelling, our ancestry and sacred memory.

There we were uninterrupted, as if we had not missed a beat, behaving like our backs had never been beaten in America while enslaved.  There we were connected.  Through Erik “Killmonger” Steven’s story, we learned that the Wakandans had never left us but were there all along.  He and subsequently we were marked.  We still possessed the tongue because he knew the language.  We could and did come back home.  Full circles made and I didn’t even have to get on a plane.

There we were untouched by white supremacy, prejudice, race or racism.  There we were living apart from “the white gaze” and knowing nothing of “the color line” that divided us against ourselves.  There we were not living in comparison or competition with whiteness or being capitalized on to bolster its image of perfection.  There we were naturally and unapologetically leading in all areas and all fronts.

We had the best of the best of everything.  It was all a given.  The scarcity of white supremacist stereotypes did not apply.  There was more than enough identity, being and belonging to go around.  We were at home and with vibranium, full protected.  Nothing could get to us.

None of the usual racist assumptions could be made or were at work.  We were not thugs, “welfare queens,” drug addicts, convicts, thieves, or any other villainous type.  We were not ignorant or lazy, hypersexual, domineering or abusive.  No supporting roles, we were one.  Kings and queens, we lived lives unbowed and with spirits unbroken.

Wakanda was hidden, tucked away and untouched by colonialism.  I have often wondered who we, African Americans, would have been if European Americans would have kept their hands to themselves.  Not stolen my ancestors and land and animals and resources.  In Wakanda, I didn’t have to.  Maybe this is why I purchased the movie and watched it at least twenty times more, why it was on a loop for days at a time.  This is where I wanted to be.

In fact, the last time I watched Black Panther was at the barbershop on Thursday.  Fitting.  I reenacted all of my favorite scenes.  We discussed what the movie meant to us.  So to wake up and find out that Chadwick Boseman is now with the ancestors is devastating.  He gave me a vision and I cannot unsee it.

Yes, his body is no longer with us but “the Black Panther lives…” in me.