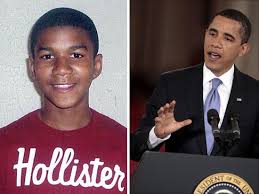 After returning from church this afternoon, my husband and I grabbed a blanket and found our favorite spots on the couch in order to watch Meet The Press. “Because if it’s Sunday, it’s Meet The Press.” The opening theme was “Race in America” and its roundtable discussed the nation’s emotional reaction to the Trayvon Martin case.  David Gregory said that one thing that caught his attention this week was getting to the bottom of attitudes, suspicions. He cites a portion of Charles Blows essay “The Curious Case of Trayvon Martin” and returns to the point that David Brooks, a New York Times columnist makes: “How do we feel as we encounter young black men in a neighborhood anywhere?”

Brooks also said, “The crucial thing is that when we look at people of other groups, we tend to stereotype.”  He invited viewers to take a five minute online survey, the Implicit Association Test, on the website Project Implicit to examine our unconscious preferences and beliefs. In case, you missed this afternoon’s edition, I didn’t want you to miss the opportunity to do some “soul searching” as President Obama mentioned in his comments about Trayvon Martin. Trayvon Martin was tried in the eyes of Mr. Zimmerman and found guilty of “something.” But, I challenge us to try our unconscious beliefs. Maybe we’re not so innocent either?