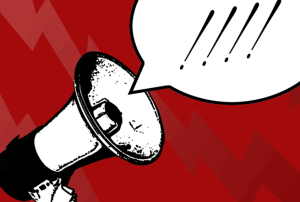 “To learn who rules over you, simply find out who you are not allowed to criticize.”

A child of the South, children were most often “seen but not heard.”  We were seen outside playing.  Outside we could laugh and scream and talk. But once we entered the home, we became mutes.

Unless we were injured or had a message of importance or necessity, we were encouraged to sit down and be quiet, to go in our room until it was time for dinner, to take a bath and get ready for bed.  Our adult interactions were greatly reduced to what was deemed necessary and unavoidable.

Adults and children did not share space or conversation for long periods of time.  We did not discuss current events or share stories of our life together often.  I knew that the silence was awkward but of course, I could not raise an objection.  In fact, when my mother fussed about something that I had done or not done, I would go to my room and mouth a response.  I would not dare talk back in person or with any measure of volume.  It was wise that I not be seen or heard in moments like these.

And we could not question the authority of adults.  We could not ask questions.  We could not interject our point or position in adult conversations.  We had no say, no perspective to be valued, no feelings to be considered, no sense of personhood to be respected.

I was also taught that you could never call an adult a liar.  Those who did were treated as an anathema.  It was considered heretical.

Now, I knew that the adults lied; I had witnessed enough tall tales to know that it wasn’t true.  My mother had also asked me to lie on more than one occasion so the charge of honesty or integrity did not stick in my mind.  Again, it was a means by which to separate children from interpretative power and insight.  But, it did not change the fact that we did have both.

This is one of my problems with the social construct of race.  Now an adult, race seeks to treat me like a child– seen but not heard.  Its stereotypes and prejudices suggest that I have no interpretive power or insight, that race must do my thinking for me.  And while I am a child of the South, I now live in the North.

I have gotten older and it makes no sense to “stay in a child’s place.”  My accent and my understanding of familial roles have changed.  I am a mother now and I don’t want my son to stay a child but instead, to become a man.  So, while I don’t encourage him to talk back, I do want him to talk to me.  Jumping off of our dining room table and climbing onto my back, he is seen and heard in our home.

And he will be seen and heard in American society not as a socially colored black man.  That’s childish.  Race has no authority over him.  No box can contain him; no category can capture him.  His identity is not a box to be checked off; no, he is a living soul.

He is not represented by race but will speak for himself because he has a mother who did not allow race to take his voice, to limit his perspective on who he is and will be, who criticized race because she realized that race is a liar and she dared to talk back.