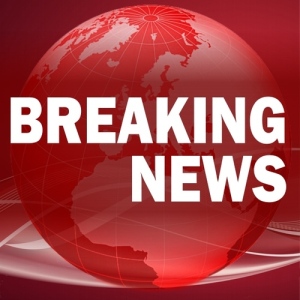 There seems to be no end to all things heart- wrenching, disturbing, troubling, questionable, unbelievable.  This 24- hour news cycle is keeping me awake at night as I seek to know what’s happening right up to the minute.  The exclusive coverage is relentless, merciless even in its pursuit for the next top story and I am all ears for “news you won’t hear anywhere else.”

I question whether I should even turn on the television to find out what is happening in the world for fear of another salacious report, incomparable act and (not or) mind-blowing admission.  Criminals are raising the stakes when they don’t kidnap one girl but nearly three hundred (#saveourgirls), when men, women and children are blowing up themselves and with bodies, buildings/ buses/ malles/ planes, spreading pieces of our lives all over the ground, when murder is committed in real time and on live television (referred to as “the ultimate selfie”), when persons are no longer satisfied with secret meetings but show up at a prayer meeting to profess their hatred.

It seems that everyone is upping the ante.  Politicians are asked to tone down their rhetoric of attack on running mates as supporters take to physical violence at rallies.  Not to be outdone, news stations and camera crews are competing against each other, racing to get to where the stories are.  They are on assignment and I am looking at their notes.

But, what happens when there is always breaking news?  What of our selves is being broken, fragmented, disconnected when we are faced with these stories over and over again?  What of our heart’s conditions when these reports become their meditation?

George Zimmerman, the man who murdered seventeen year old Trayvon Martin in 2012 and sparked a national conversation on gun laws, outrage and protest, is back in the news.  Acquitted of the charge of murder, he now wants to sell the gun that took the life of Mr. Martin.  He currently has an offer of some $138,000 and is vetting several others.  The Baltimore Sun described his latest action as “dancing on Trayvon Martin’s grave,” arguing that it devalues African American life.  Before receiving the offers for the gun, Zimmerman had suggested that the Smithsonian acquire it as a piece of American history.  Of course, they declined.

I am stupefied.  What kind of news is this and what does the report say about us, about the kinds of people that we are supporting, about the world that we are creating?  I lament the fact that this is the course that he has taken, that I am even writing these words.  I want to walk around in sackcloth and ashes.

Maybe the news isn’t breaking any more.  Perhaps, it has already broken us as we have gotten use to reports like these.  The reporter’s cynicism, projected unbiased delivery and ability to move on to the next story or return after this commercial break has seeped into our souls.  I have not watched the news much lately, turned off my “the teasers.”

It might be time to break with the news for awhile and spend that time on the good news.

One thought on “Breaking News”