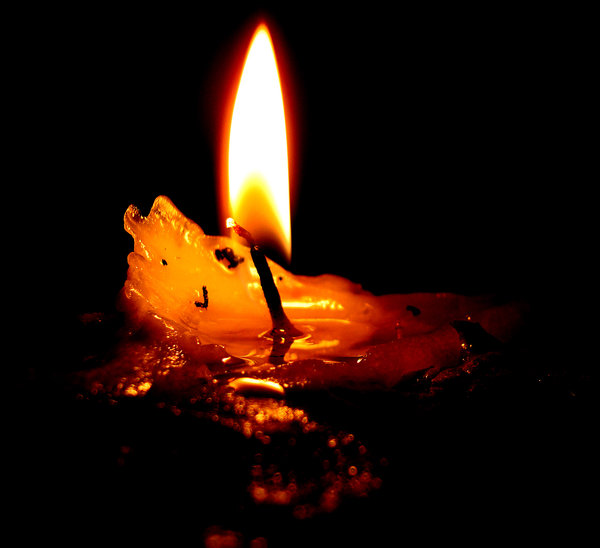 14 “You are the light of the world. A city built on a hill cannot be hid. 15 No one after lighting a lamp puts it under the bushel basket, but on the lampstand, and it gives light to all in the house. 16 In the same way, let your light shine before others, so that they may see your good works and give glory to your Father in heaven.

The world seems a valley of shadows, the earth covered with fallen sky.  The debris is swept up by government- approved lie after lie.  Many of us don’t know where to walk or whom to trust as a guide through this difficult terrain, this eerie time.  We sing, “I want Jesus to walk with me” but a cultural minority, he has been stopped by border patrol, the latest victim of “the travel ban.”

Our American government is melting down as politicians bow to the golden donkey and elephant.  It is democracy stripped down.  This emperor has no clothes but no one will tell him.  Instead, we follow blind guides.[i]  To be sure, it is a crisis of credibility.

Pointing fingers while scratching backs, shady figures lead us.  We watch the death of the truth on the six o’clock news.  Right is called wrong.  Real is called “fake news.”  We look on in disbelief as spades are called hearts.

But, no one is winning when our republic is rigged.  And who is keeping track of what we have lost?  Decency.  Integrity.  Solidarity.

This is not about an election.  The Church should not focus on four- year cycles but the times, “working while it is day because night is coming.”[ii]  Called to cultivate authentic community, we are quickly becoming a nation of strangers.  Citizen against citizen, Democrat versus Republican, our faith has become partisan.

Residents are up in arms and in the streets.  Protest after protest, they are beating their chests and the concrete.  America is turning against itself.  All pretense is gone and our divisions are obvious with Russia attempting to come between us.  It is the end of the world as we knew it or as we hoped it could be—at least for now.  So, what next?

The world won’t wait for heaven; they need the kingdom of God on earth.  But, the Church has imitated the world’s ways, slowed down the pace of prophetic vision to keep up with fads and trends.  Meeting them where they are, we stayed a little too long on the broad path. Do we even know how to get back to the narrow gate?[iii]

Wanting not only to be in the world but on top of it, we made business deals instead of disciples.  We have bigger buildings and smaller hearts, more money and fewer hopes for the communities we’ve been called to serve.  So, we move out of them.

The city on a hill is a gated community.  Our segregated churches enforce our own travel ban.  So, what can the kettle say to the pot?  The world knows the answer and can call our hand at any time.  The world’s got the Church’s tongue because what the world giveth, the world taketh away.

We sold our communion table for a seat at the king’s table.  We have larger closets filled with fancy clothes for expanding waistbands to show for it.  Old banquet tickets and business cards stuffed in drawers.  We traded our light for leverage on the social stage.  So, what will we do when the world goes dark?

2 thoughts on “When the world goes dark”