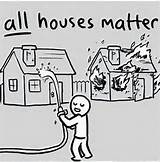 It is a trending hash tag. #Alllivesdidntmatter is the new response to persons who have quipped “All lives matter” to the Black Lives Matter movement and message.  It is a national conversation on race being played out on social media.

The hash tag serves as a frustrating reminder as it seems that there are those who still believe “the lies their teacher told them.”  We all should know America’s history: the near annihilation of the people indigenous to what is now the United States, the kidnap, rape and enslavement of millions of Africans, the lynching of thousands of African American men, women and children because “they fit the description” (some of whom were dismembered, set on fire, photographed for postcards, their body parts sold and kept as souvenirs), the interment of thousands of Japanese Americans during World War II, segregation and the Civil Rights Movement, the racial profiling of Africans (Remember Amadou Diallo.) and African Americans, the religious profiling of Muslims, the immigration debate and Donald Trump’s great wall.  This is exhausting.

Part of the reason why I am able to proclaim a race-less gospel is because of the revelation of Holy Scripture that I have been inspired by.  But, the other part is knowing the facts about race and its progeny.  Obviously, there are many more that are not far enough along in this process.  The vision must tarry while we take a trip down memory lane, especially when persons like Tomi Lahren, a cable news host, tweet that the Black Lives Matter movement is the new KKK.

#Alllivesdidntmatter has served as a kind of historical litany and a lament with hundreds of years of verses.  If we drop our defenses and are not concerned about who is looking, we will sing along.  We know that it is true so there is no need to feign ignorance or laryngitis.  All together now!

#Alllivesdidntmatter is better said all lives don’t matter.  When it comes to abortion, the criminal justice system, society’s gender roles, the victims of rape, the homeless and so on, we know that it’s true.  And as is the case for race, all lives don’t matter because the social construct was not invented to make us equal.